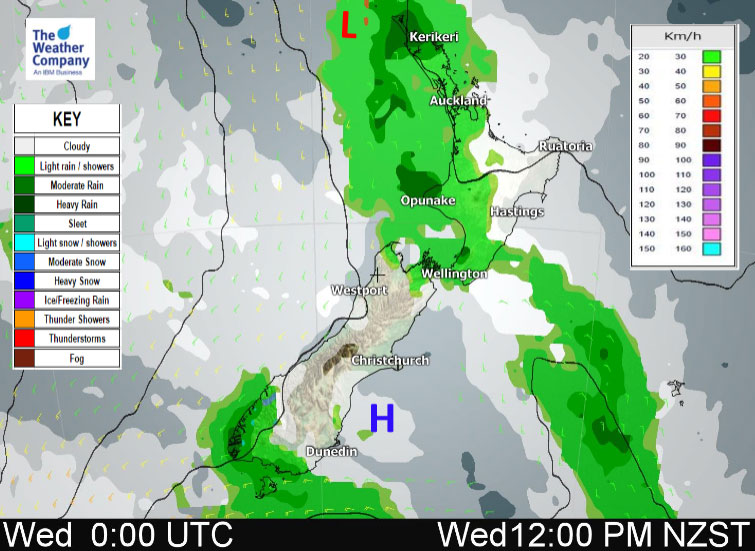 A southwesterly airflow lies over New Zealand today, within this flow we have two fronts. One passes over the North Island clearing off to the northeast this evening meanwhile another pushes onto the lower South Island this afternoon.

Northland, Auckland, Waikato & Bay Of Plenty
Showers develop in the morning, easing from afternoon as northwesterlies change southwest. Drying out in the evening for most although there may a few clearing showers still for Bay Of Plenty.
Highs: 17-20

Western North Island (including Central North Island)
Cloudy areas and the odd spit or shower, some rain about northern Taranaki in the morning then moving away to the north from afternoon. Westerly winds.
Highs: 16-19

Eastern North Island
The odd shower develops about Wairarapa in the morning then further north in the afternoon, winds are mostly light although perhaps tending to the southerly quarter as the odd shower moves in.
Highs: 17-22

Marlborough & Nelson
Morning cloud with the risk of a shower then sunny areas increase from afternoon. Southerlies tend north to northeast in the afternoon.
Highs: 16-19

Canterbury
Morning cloud with the risk of a shower then breaking to sunny spells, east to northeasterly winds. Overnight showers with a southwest change.
Highs: 14-16