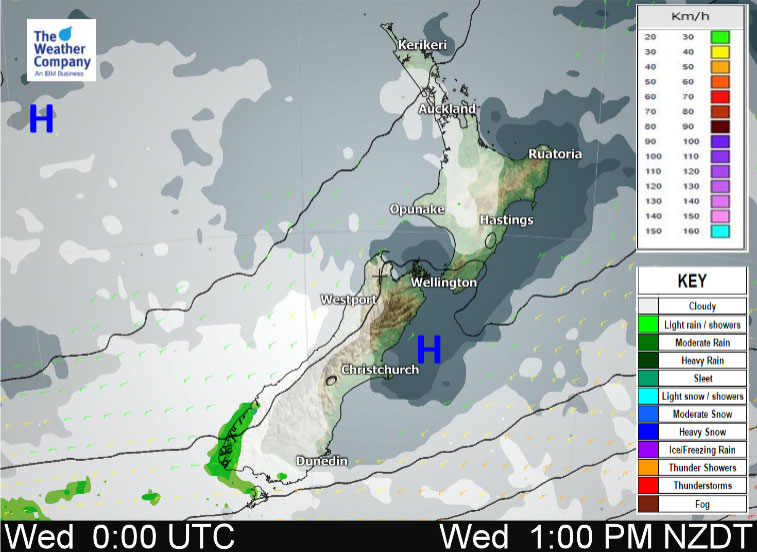 Northland, Auckland, Waikato & Bay Of Plenty
Cloudy areas and the odd shower, the Bay Of Plenty has morning sun then some cloud and the risk of a shower from afternoon. West to Southwesterly winds.
Highs: 17-22

Southland & Otago
Cloudy areas about Southland, there may be a shower or two especially morning. Otago is mostly sunny with some high cloud. Westerly winds gradually ease.
Highs: 14-19