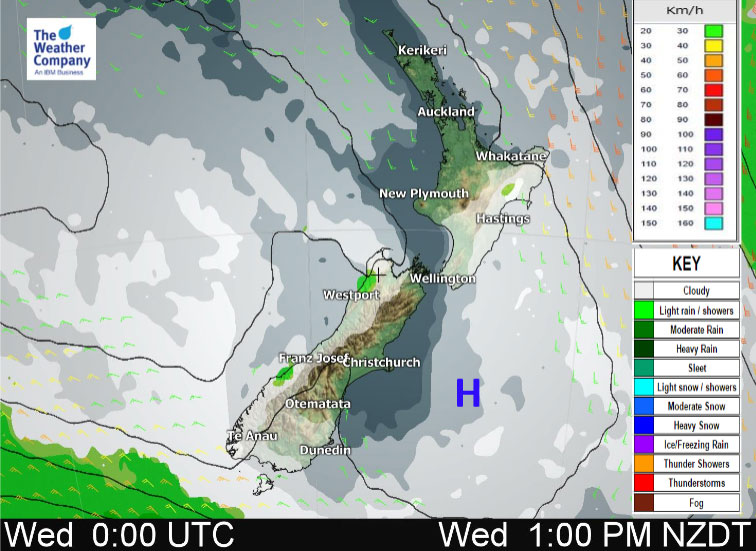 Wellington
Morning cloud then sunny with southerly winds dying out and tending northerly in the afternoon.
High: 16-17

West Coast
Cloud increases in the morning, a few showers about Buller then elsewhere from afternoon. North to northeasterly winds.
Highs: 16-19