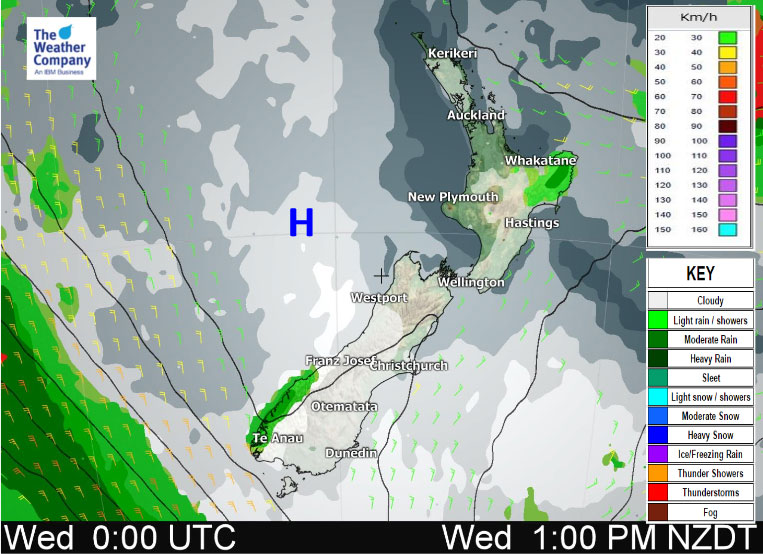 Northland, Auckland, Waikato & Bay Of Plenty
Mostly sunny, there may be a touch of high cloud. Light winds then afternoon sea breezes.
Highs: 23-29

Eastern North Island
Mostly sunny, some cloud for Gisborne in the morning brings showers then breaking to some afternoon sun. Cloud builds about the ranges in the afternoon bringing the chance of an isolated shower then clearing in the evening. East to northeasterly winds.
Highs: 23-25

West Coast
Morning high cloud breaks to sunny areas, mid level cloud about Fiordland is fairly persistent during the day with the odd shower or some drizzle. Light northerlies.
Highs: 19-26