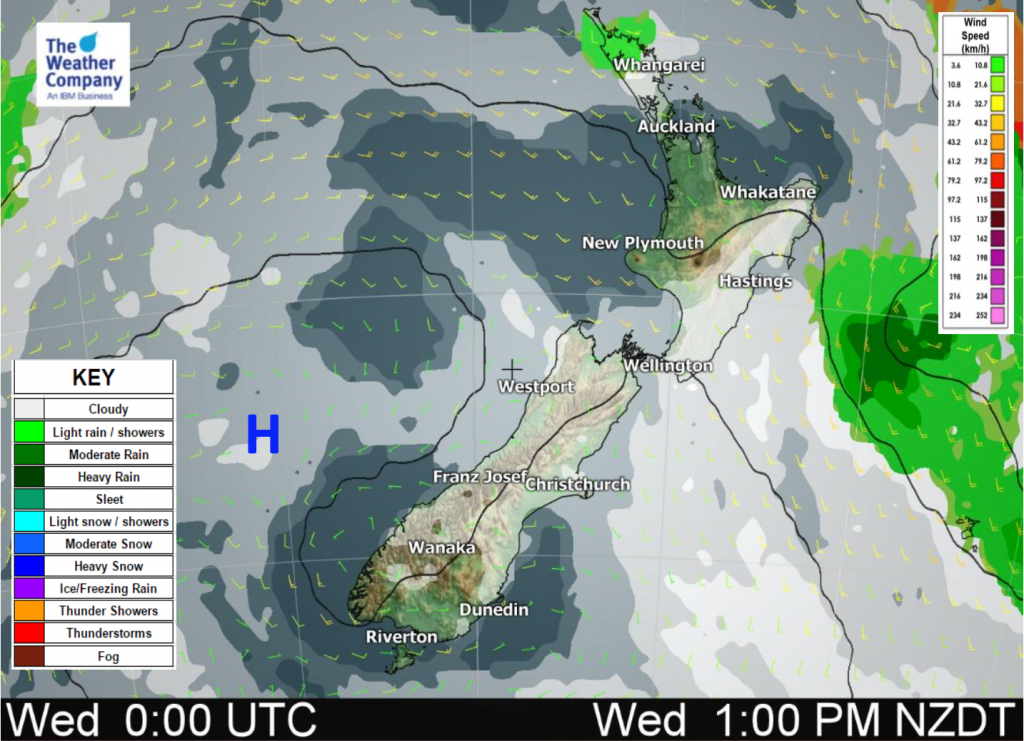 Anticyclonic conditions for the South Island today meanwhile a southeasterly airflow flows over the North Island.

A few morning showers possible for Auckland then clearing to mostly sunny weather, some cloud at times. Northland has showers, easing from afternoon then clearing later in the evening. Mostly sunny about Bay Of Plenty, Waikato and the western North Island down through to Wellington with southeasterly breezes. Cloudy periods along the east coast, the odd shower possible at times with southerly winds.

Mostly sunny with some high cloud, morning cloud in the east breaks away. Light winds in the morning then onshore winds pick up from afternoon.

Highs range from the low to mid twenties for the western North Island, perhaps reaching up to 26 or 27 degrees for parts of the Waikato. Highs staying in the high teens along the east coast. Temperatures in the late teens or early twenties for most of the South Island, the coolest spots will be coastal areas where winds freshen up. Some inland spots like Central Otago and inland Buller may reach into the mid twenties.