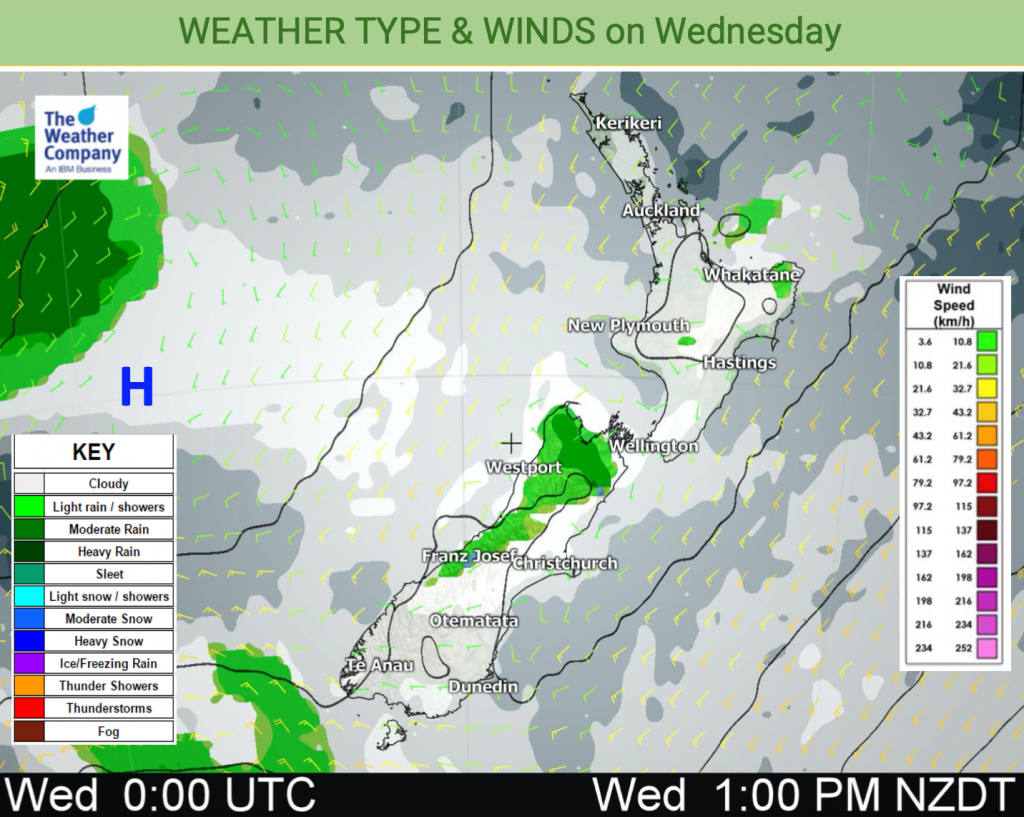 An anticyclone lies to the west of New Zealand today with a light southwesterly airflow flowing over the country.

A mix of sun and cloud for Northland / Auckand, the odd isolated shower possible for Auckland at times, winds from the southwest. Cloudy areas about Waikato and Bay Of Plenty, the odd isolated shower more so this afternoon / evening, light winds. Morning sun then cloud thickens up from afternoon along the east coat as light southerlies tend easterly. A mix of sun and cloud for Wellington through to Taranaki in the west, cloud thickens up in the afternoon for inland areas.

Cloudy about Nelson and Marlborough with patchy rain or showers, drying out about Marlborough from afternoon then Nelson from evening. Cloudy areas along the West Coast, a few showers about Buller then elsewhere from afternoon. Canterbury has a mostly cloudy day with southerlies tending east to northeast in the afternoon. Morning sun then cloud thickens in the afternoon for Southland and Otago, west to southwest winds about Southland and Central Otago, afternoon east to northeast winds for coastal Otago.