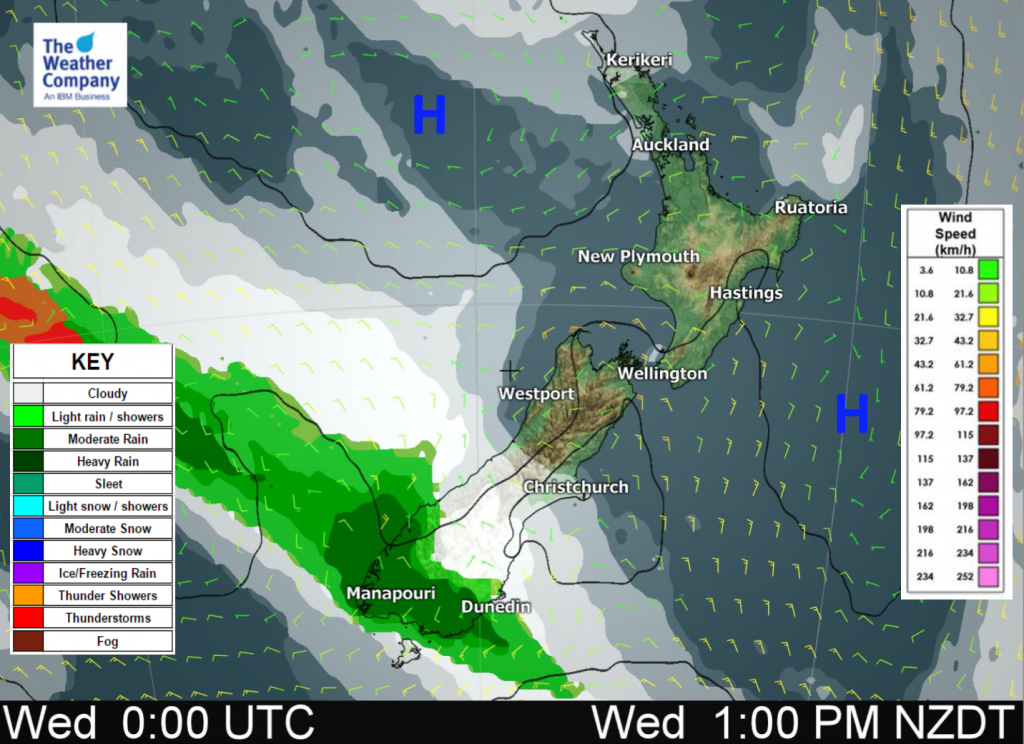 A northwesterly airflow lies over the country today, moving around a large anticyclone centered in the Tasman Sea. Meanwhile a front about the far south brings some rain to Fiordland / Southland / Otago.

Mostly sunny weather for the western / upper North Island today, there may be some morning cloud about especially for eastern Bay Of Plenty then breaking away. Winds from the west or southwest. Sunny for the east coast with east to northeasterly winds. Wellington is mostly sunny with gusty northerly winds, some cloud at times for Kapiti mainly later in the day.

High cloud about the lower South Island spreads northwards in the afternoon, mostly sunny before high cloud moves in. Lower level cloud about Fiordland with showers turning to rain in the morning, rain spreads into Southland then Otago during the afternoon. Winds from the northwest for most, tending to the south in the afternoon from Southland up through to about Banks Peninsula in the east.