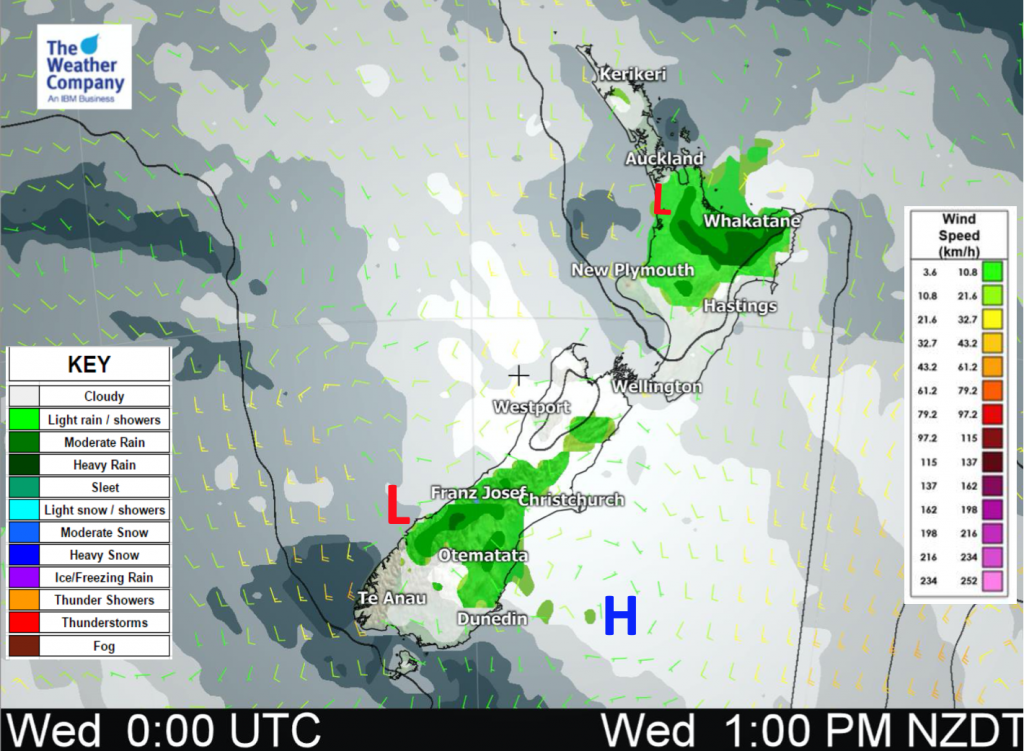 A mix of sun and cloud across most of the North Island today, morning cloud thicker for some then others. Showers develop this afternoon about inland areas, (especially Waikato, inland Bay Of Plenty and the Central North Island) some may become heavy with thunderstorms then easing and clearing this evening. Winds are mostly from the southerly quarter however an afternoon sea breeze develops for Bay Of Plenty and eastern Northland.

A fairly cloudy day for the South Island apart from Nelson / Buller, Southland may see some sun also. A few light showers from about Banks Peninsula southwards through to Otago Peninusla then drying out this afternoon. Isolated showers develop late afternoon / evening about some hills / ranges of the Southern Alps.