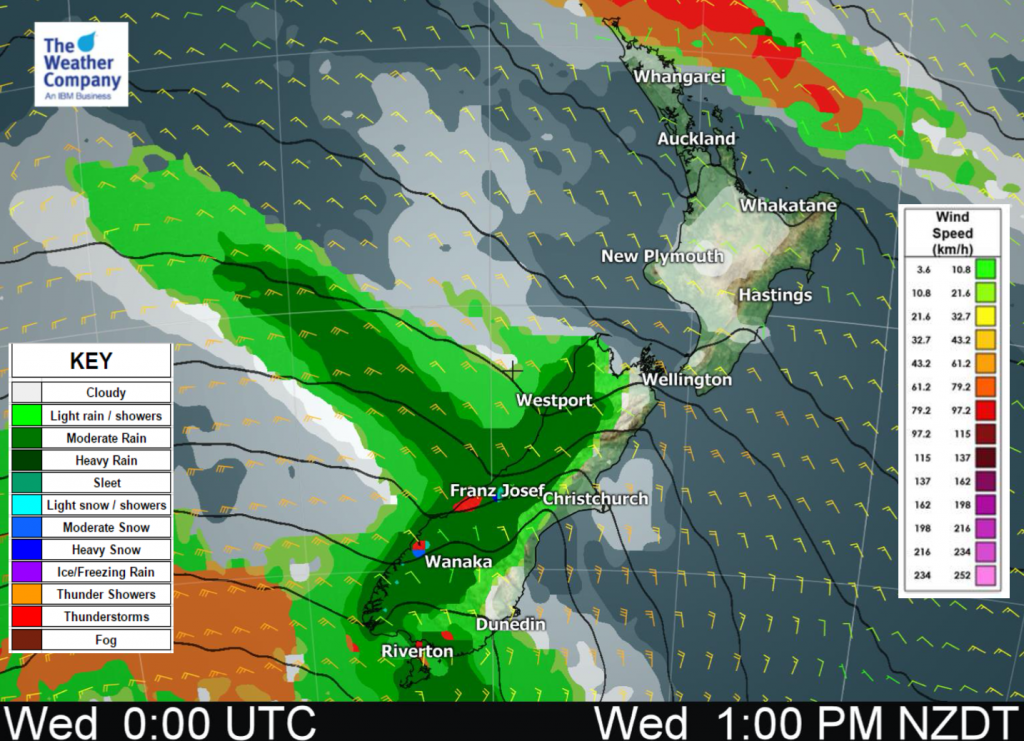 A northwesterly airflow lies over the country today. A front within this flow pushes northwards over the South Island during the day and another moves over Northland bringing a risk of unstable conditions.

Northland, Auckland, Waikato & Bay Of Plenty
Mostly sunny for Auckland through to Bay Of Plenty. Northland has a dry start with some sun then afternoon showers move in (mainly in the northeast), possibly heavy with thunderstorms then easing at night. Warm northwesterly winds.
Highs: 23-25

Wellington
A mix of sun and cloud, strong northwesterly winds gusting to gale at times.
Highs: 19-20

Southland & Otago
A mainly dry morning for Invercargill with some sun, risk spot of rain. Rain more likely around midday / early afternoon as northerlies change gusty northwest. Rain about western Central Otago with heavy falls for a time around midday. For the rest of Otago expect sunny areas and thickening high cloud, spots of rain in the afternoon. Skies clearing up in the evening for all.
Highs: 16-22