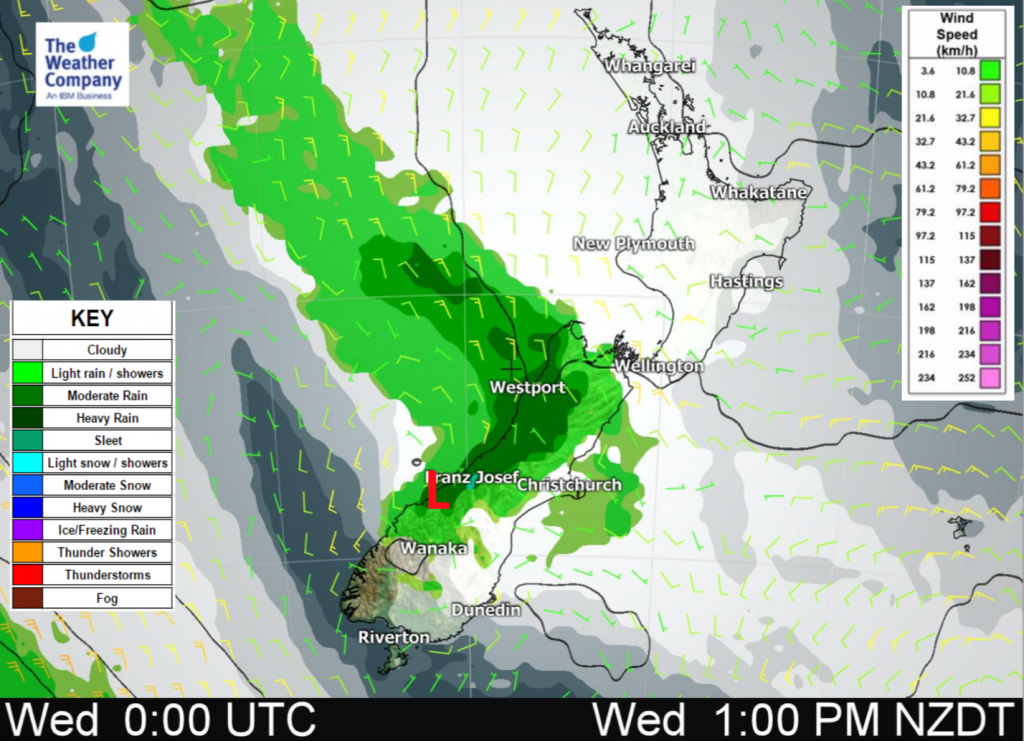 A front stalls over the South Island today, expect a north to northwesterly airflow further north.

Eastern North Island
High cloud, some sun may break through at times. Light north to northwesterly winds, tending east to northeast in the afternoon for coastal Hawkes Bay / Gisborne.
Highs: 23-27

Marlborough & Nelson
Plenty of high cloud for Marlborough, may be a spit in the afternoon otherwise mainly dry. Nelson has cloudy skies with some afternoon rain, easing later in the evening. North to northwesterly winds.
Highs: 18-22

Canterbury
Patchy rain or drizzle, mainly in the morning then starting to dry out in the afternoon although remaining mostly cloudy. Southerlies tend east to northeast after midday.
Highs: 14-16