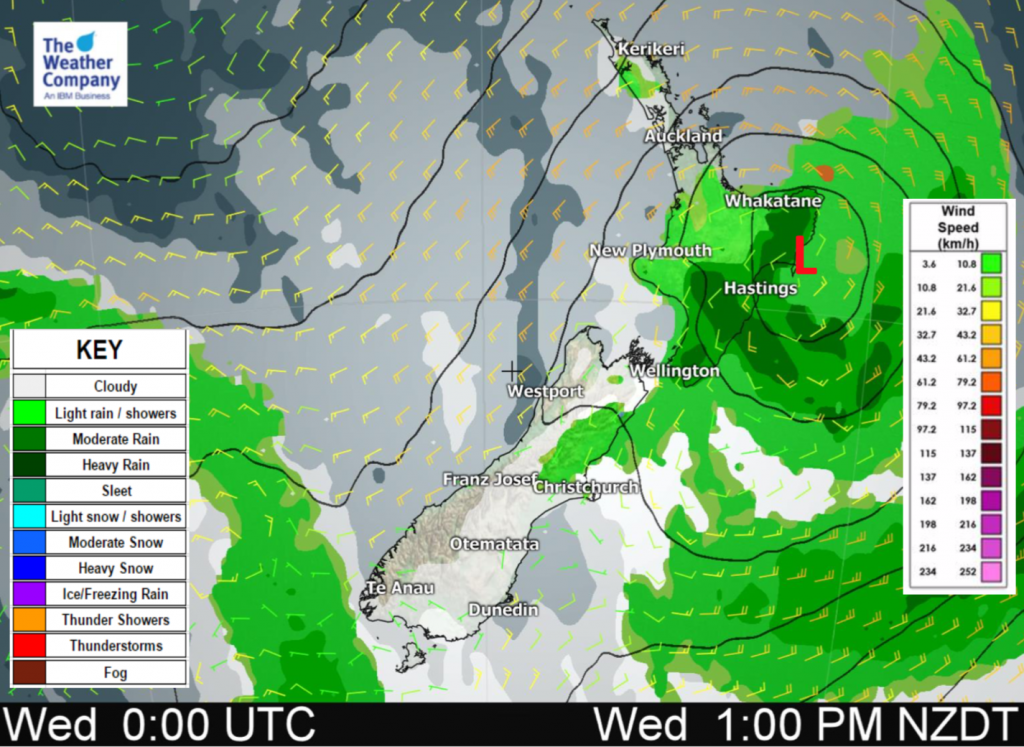 A low pressure system slowly moves away to the east of the North Island today meanwhile a ridge lies over the South Island.

Western North Island (including Central North Island)
Mostly cloudy, conditions may be dry in the morning then expect showers from midday as southerly winds tend southwest. Showers clear in the evening.
Highs: 15-17

Canterbury
Some cloud, may be a light shower or two (mainly for North Canterbury). Southerlies tend easterly in the afternoon. A few showers may move through South Canterbury overnight.
Highs: 13-15

Southland & Otago
Sunny spells and some cloud, a few showers from late afternoon as light winds tend south to southwest. Showers clear at night. Coastal Otago has a mix of sun and cloud with northeasterlies, risk of a shower overnight.
Highs: 13-19