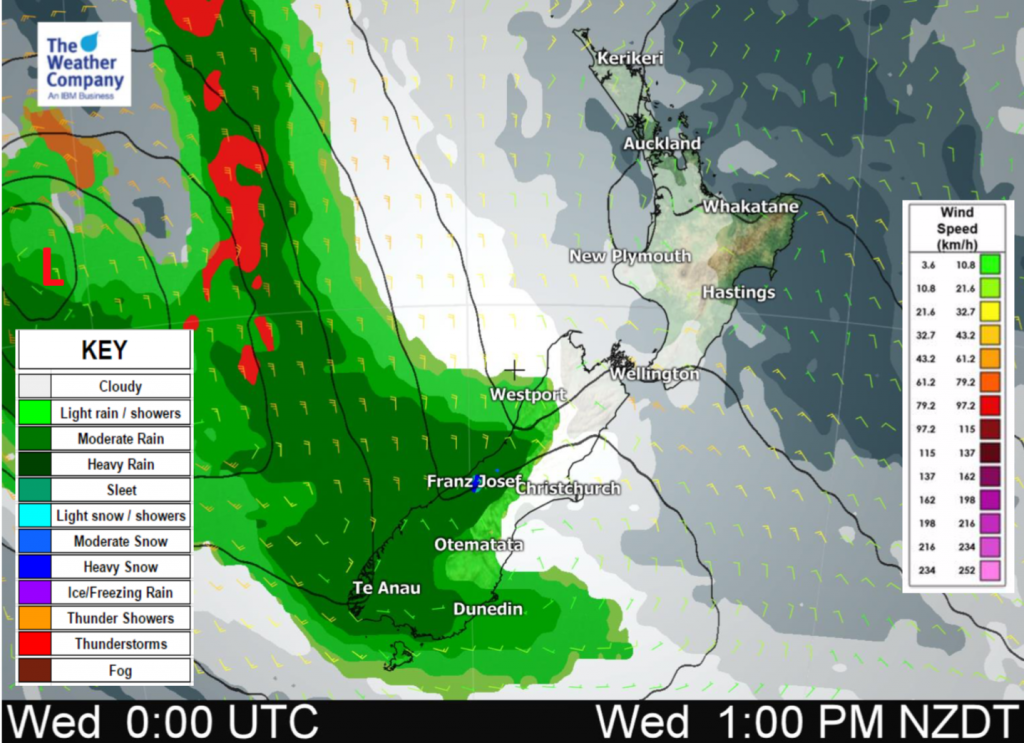 A ridge of high pressure brings mainly settled weather to the North Island today. A front extending out from a low in the Tasman Sea brings wet weather to the South Islands West Coast, mainly dry with high cloud out east.

Eastern North Island
Mostly sunny with some high cloud, winds from the north, tending northeast in the afternoon about coastal Hawkes Bay.
Highs: 20-24

Southland & Otago
Cloudy with the odd shower then afternoon rain, light winds from the east or southeasterly winds.
Highs: 10-15