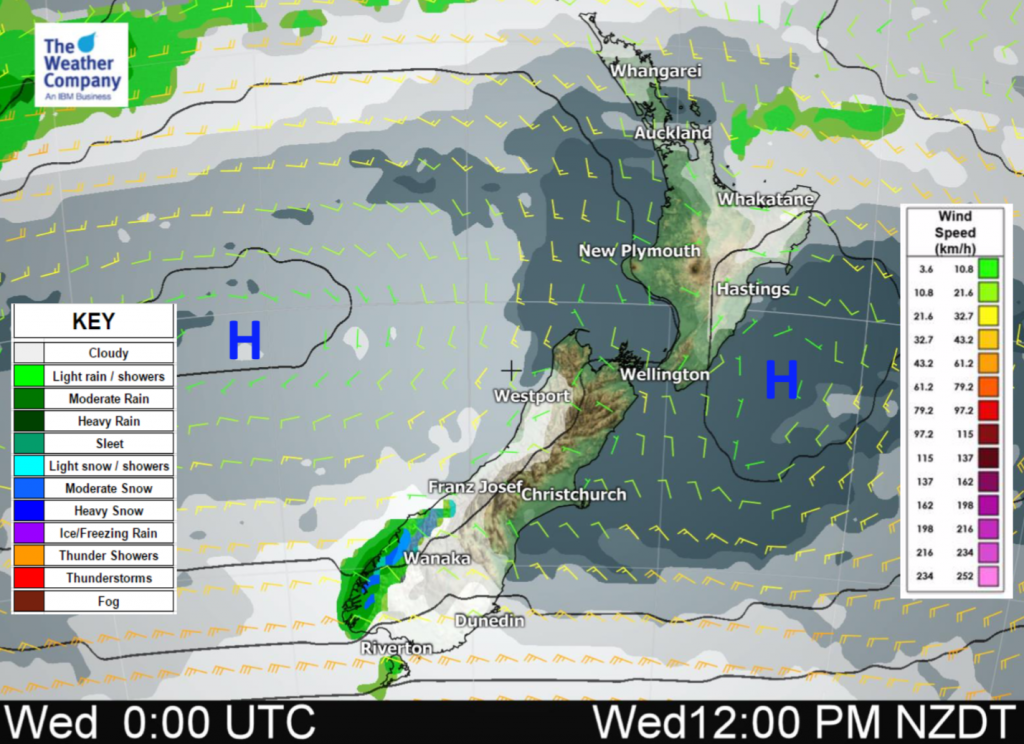 Southland & Otago
Mostly cloudy about Southland with the risk of a shower or two, long dry periods also. Westerlies becoming gusty in the afternoon. Otago has a mix of sun and cloud with west to northwesterly winds.
Highs: 12-14