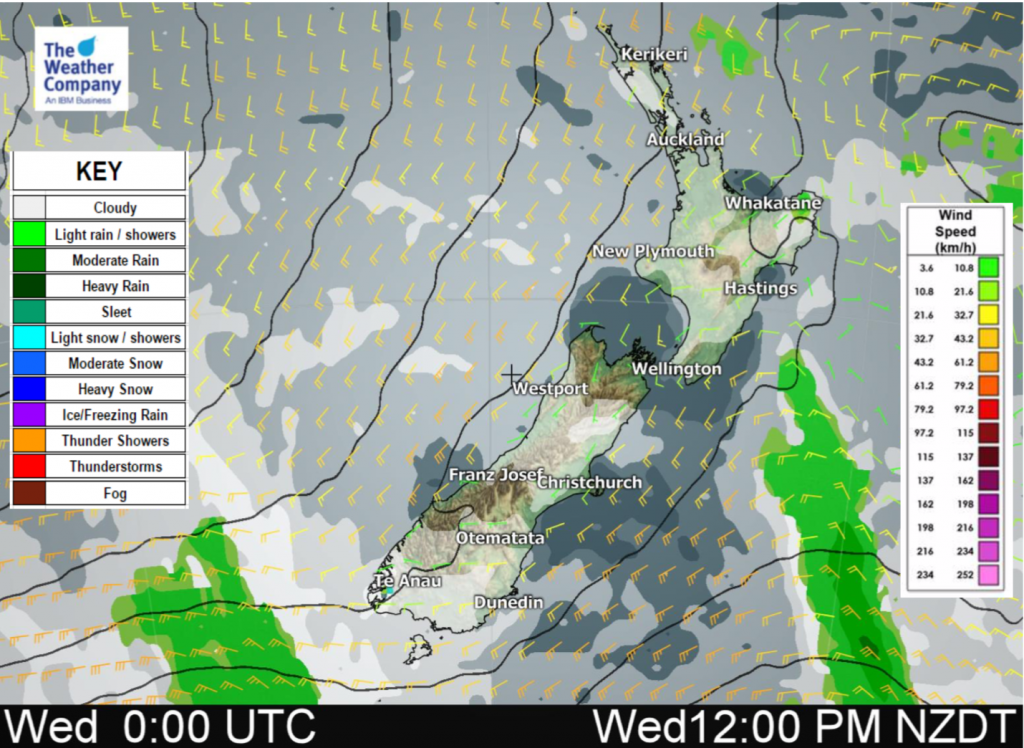 Northland, Auckland, Waikato & Bay Of Plenty
A few morning showers about Northland then breaking to afternoon sunny spells as southerlies tend southwest. A mix of sun and cloud for Auckland and Waikato, mostly sunny about the Bay Of Plenty. Southwesterly winds.
Highs: 15-16

Eastern North Island
Mostly sunny, southerlies develop about Wairarapa in the morning bringing some cloud and a light shower or two. Cloud and the risk of a shower spreading into Hawkes Bay and Gisborne during the afternoon.
Highs: 14-16

Canterbury
Morning cloud with the low risk of a shower then sunny spells break through, southwesterly winds die out by evening.
Highs: 10-12

Southland & Otago
Cloudy areas, may be a shower mainly morning. Otago has a higher chance of sun breaking through from afternoon. West to southwesterly winds.
Highs: 10-13