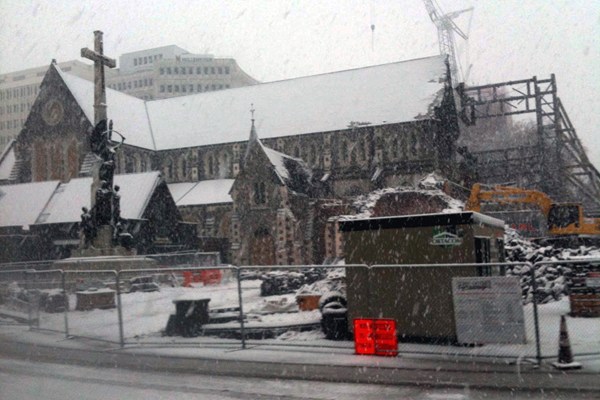 Today has seen some extraordnary weather across parts of the country and tonight the theme might continue on for a little longer in some areas.

The story so far today….

* Canterbury hit by a snowstorm and still snowing over parts of Christchurch and inland North Canterbury and Marlborough.10-20cm reported in Christchurch with falls between 20-50cm further inland west and north of the city.

* Power outages occurred throughout parts of Christchurch and inland Canterbury as a result of high demand and heavy snow.

*Alpine passes were shut and numerous inland routes were blocked as a result of the snow including parts of Banks Peninsula and the Port Hills.

*Buses stopped operating in Christchurch from 11am.

* Wild weather hit parts of the West Coast of the South Isand and resulted in a small evacuation. High winds and heavy rain were the biggest factors.

* Wellington saw an electrical storm earlier this morning rattling parts of the city and there were high winds for a time.

* Heavy showers dotted parts of the North Island with gusty north to northwest winds in places and one or two thunderstorms appeared.

* Temperatures were at both ends of the spectrum with Christchurch not getting much above zero whereas Auckland, Gisborne and Napier hit the low 20s.

A busy day across New Zealand today and tonight could still see a few bumps here and there but colder air now moving further north over the North Island.