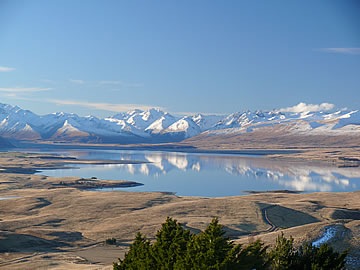 Frosts were more than noticeable first thing this morning over southern New Zealand with temperatures well below zero in Dunedin and across Central Otago.

Tonight mightn’t be the same story as sou’ west winds could keep some frosts away along coastal areas with a shower or two possible.

Conditons over the North Island continue to slowly improve however some northern and eastern areas including Wellington might argue the point as it’s been a little wet off and on and chilly for the Capital in the southerly.

Temperatures today were mixed with Kaitaia taking the national high with a warm 19 degrees but 7 degree readings were all that took hold across inland areas of the Mainland.
The pay off for southerners was a mostly dry and sunny day despite the nip in the air.