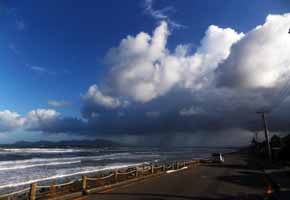 A low pressure system west of Northland and a high far to the southeast of New Zealand drags a tropical northeasterly airflow over the country tonight. Rain is still expected for many regions with heavy falls about the Waikato, Bay Of Plenty, Central North Island and along the east coast.

Northland
Periods of cloud with light winds, chance of a shower or two this evening
then clearing.
Tonight’s Lows: 8-9

Rain with heavy falls, mainly overnight and more so about eastern parts of
the Waikato and Central North Island. Brisk east to southeast winds.
Tonight’s Lows: 7-9

Some rain with gusty east to southeasterly winds.
Tonight’s Lows: 8-9