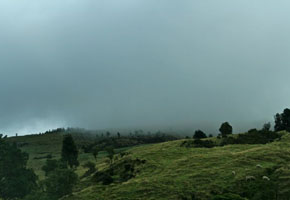 An unsettled system lies over the country at present. Mostly affecting central eastern parts of both islands however we are starting to see low pressure about the upper North Island bringing in isolated showers for some which could be heavy. This will be a trend over the following days.

Northland
Clear areas and a few clouds about, light winds. There may be a few isolated showers about inland areas this evening then clearing.
Tonight’s Lows: 14-16

Clear spells with light winds, chance of an isolated shower in the south this evening then clearing. Light winds.
Tonight’s Low: 16