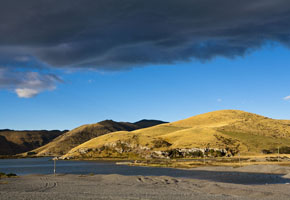 A ridge of high pressure brings mainly settled weather to the majority of the country tonight, about the far south a weakening front brings some rain and showers.

Mainly clear skies with light west to southwest breezes. Northerlies about the Bay Of Plenty ease this evening.
Tonight’s Lows: 9-14

Mainly clear skies with easterlies about the coast easing this evening,
there may be some overnight cloud near the coast then clearing before dawn
tomorrow.
Tonight’s Lows: 11-12

A few areas of cloud with light northeasterlies, winds change southwest
overnight with the chance of a shower or two.
Tonight’s Low: 12