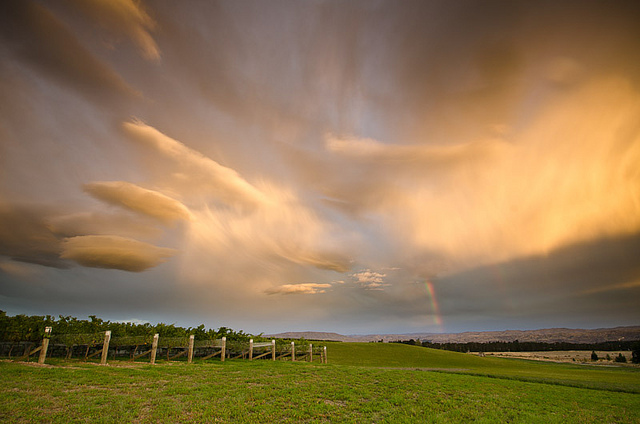 The last 24 hours were certainly active across the north with waterspouts, thunderstorms with considerable lightning and today some more activity could be witnessed.

These regions could be in line for some heavy showers with the risk of thunder and hail but also more settled spells are likely to be thrown in.
The rest of the island is on the improve with blue skies probably in place by lunchtime.

Mainlanders will be cool along eastern and southern fringes and misty showers or rain is possible but sunshine over the northeast could appear at different stages.
Western areas of Nelson and parts of the West Coast seem to be the most saturated across the south today.

“The engine room of this longlasting low is churning away and today the showers will come and go in a number of places up north” says weather analyst Richard Green.”As the low slowly moves across the country tomorrow a colder southerly whips in behind it and a temperature drop is on the cards for eastern and southern regions”.

Yesterday WeatherWatch issued the chance of a tornado in the greater Auckland region. “Even though it turned out to be waterspouts the risk was still there” says head weather analyst Philip Duncan” It could have easily been over land and even though It’s unlikely that we’d see two days in a row of such turbulent skies there’s always still a small, isolated risk with unstable conditions hanging about’.