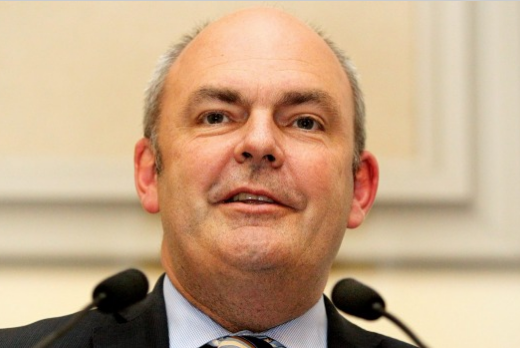 By Rachel Thomas, Stuff.co.nz — Claims that weather forecasters are restricting data will be thrust under the government spotlight in a review launched by the Ministry for Business, Innovation and Employment.

Weather forecasters Niwa and MetService have said they are working with MBIE on a review into what free weather data should look like.

“We shouldn’t have taxpayer dollars going into MetService and Niwa unless the data is freed up,” Philip Duncan, chief executive of WeatherWatch said.

The bulk of MetService’s operations is funded by the Ministry of Transport, while most of Niwa’s revenue comes from MBIE.

An example of MetService’s rain radar, which provides information at 7.5-minute intervals on the MetService website.

MetService’s rain radar is updated every 7.5 minutes. Raw data reported via Niwa’s weather observation portal CliFlo, which is free to sign up to, is updated at 10-minute, hourly and daily intervals. Climate data summaries are published monthly and seasonally.

Duncan said these delays were like “getting a rugby commentary after the game is done”.

He could not understand why the forecasters could not provide real-time information, which he said was reserved at present for commercial clients.

A spokeswoman for Science and Innovation Minister Steven Joyce said the review “will establish what additional weather site data could be made freely publicly available, beyond what is already published on the MetService and NIWA websites”.

The review would need to respect the commercial contracts those agencies held, she said.

It is understood the terms of reference are still being negotiated.

Joyce declined to answer further questions about the review until that process was complete.

“We are not just aware of the review, we are actively partaking in it openly,” MetService spokeswoman Jacqui Bridges said.

As a state owned-enterprise, MetService “was supposed to” protect its commercial contracts, she said.

Niwa chief executive John Morgan said Niwa “is working closely with Government officials on the review into open data and looks forward to the outcome”.

When asked if an additional platform for weather data could impact its commercial contracts, Morgan said: “Niwa does not comment on commercial details.”

Duncan said he was quoted $250,000 a year from MetService to use weather observations on his website, but did not see why he should have to pay for information “that doesn’t cost them a cent”.

In information released under the Official Information Act, Joyce said Niwa purchased information from other organisations “both in New Zealand and internationally”.

“The licence agreements have terms and conditions, including those related to on-selling rights to third parties.”

WHO ARE THEY, AND HOW DO THEY MAKE MONEY?

The National Institute of Water and Atmospheric Research is a Crown Research Institute established in 1992. It carries out environmental science and collects data around the climate, weather hazards, oceans and freshwater marine science and aims to preserve and grow aquatic assets.
Revenue for 2014-15: $126m
51 per cent of revenue comes from MBIE. The rest comes from the private sector, the Ministry for Primary Industries, central government and local government.

The Meteorological Service of New Zealand was established as a state-owned enterprise in 1992. It provides weather forecasts for up to 10 days and assists with emergency management through issuing weather warnings about storms, snow and coastal hazards. International media, aviation and energy business is done under the MetraWeather brand.
Revenue for 2014-15: $46m
Revenue is from a contract with the Ministry of Transport ($21m), the rest comes from the private sector, through providing highly detailed weather forecasting information, such as soil moisture maps for farmers.

â€‹Privately owned weather forecasting company born in 2005 and incorporated in 2010. It generates its own weather forecasts and links to data from New Zealand and overseas free on its website.
Annual revenue for 2015-16: up to $200,000
Revenue comes entirely from the private sector through commercial agreements, such as vineyard notifications, and advertising.

*Please note the majority of tax funded â€˜current dataâ€™ is delayed by 1, 3 and 24 hours by both agencies – WeatherWatch.co.nz

Good news that the Govt are taking an interest in this. Whilst I can understand MS wanting to protect its income stream, as a taxpayer I want my money spent on providing the best weather service for all of us. At the moment I don’t believe MS do that.

If we look at the forecasts they provide, particularly marine, I would say it leaves a lot to be desired. By forcing them to release more real time data it will allow WW to be a stronger competitor which will mean they either lift their game or lose revenue to WW.

I really hope it goes your way Phil