Weather Video: Your weekend forecast and outlook for next week 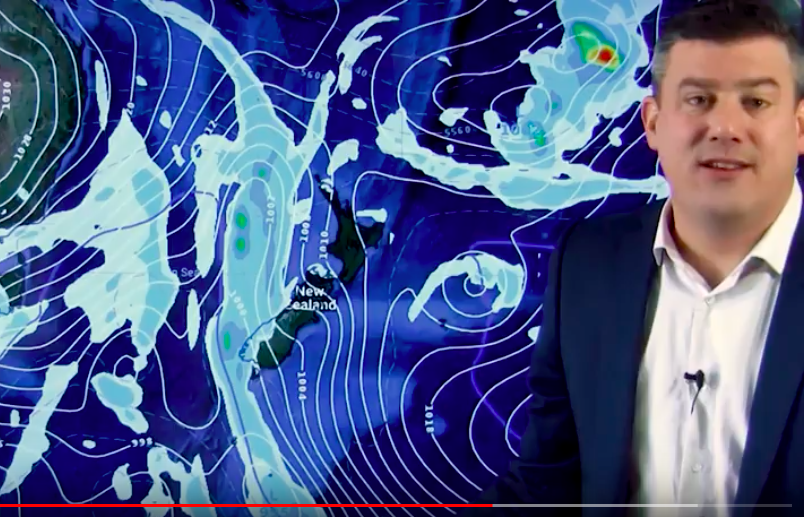 A large high is moving in across New Zealand this weekend and will bring settled weather to both islands.

There will be a few coastal showers around the north eastern North Island, from about Hawkeâ€™s Bay to Gisborne/East Cape, then again around northern Coromandel Peninsula, GBI and eastern Northland.

There may be a few frosts through inland parts of the South Island on Saturday but both Saturday and Sunday afternoons looks warmer than average in most regions.

By Tuesday next week a low crosses NZ with northerlies turning back to westerlies – which look to make for even warmer weather later next week.