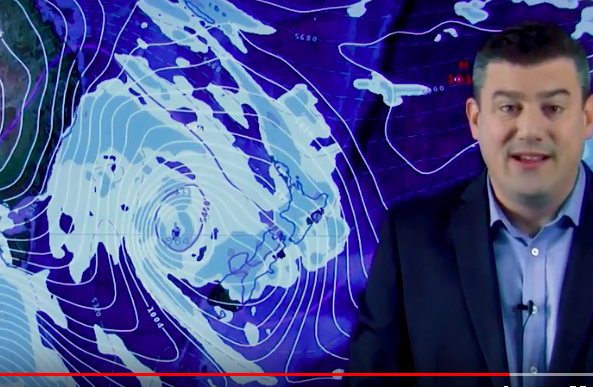 Recorded Wednesday, NO VIDEO Thursday, back again Friday — The next several days are windy off and on as the early spring pattern kicks in and with the generally warmer than average weather on top of the windy westerlies itâ€™s a perfect recipe for pine pollen.

Hay fever sufferers up and down the country have noticed the sudden jump in pollen counts. Windy conditions will bring a mix of temperatures over the coming days but the general trend remains warmer than average.

The weekend looks fairly settled in comparison to this week – but next weeks looks rough with a large low bringing wind, rain and even snow.