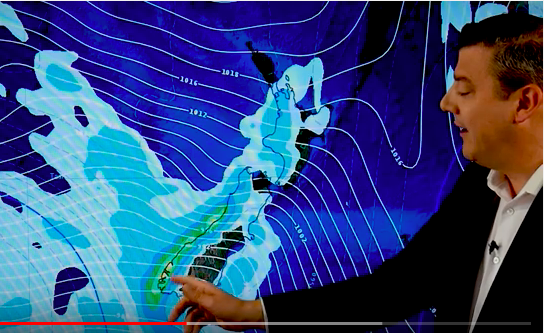 Yesterday was settled for many, today weâ€™re back to southerlies with showers in a number of regions and Friday looks mostly settled againâ€¦ahead of a stormy weekend.

Winds this weekend will be gale force around the South Island and lower North Island with severe gales possible.
Rain will be heavy on the West Coast with showers along the western North Island up to about Auckland.

By Sunday the rain remains on the West Coast but morning showers clear much of the North Island – with winds remaining blustery for many.

Next week sees calmer weather in the north to begin with but the westerlies return to the South Island by Tuesday.