Weather Video: Wettest in the west, driest in the east 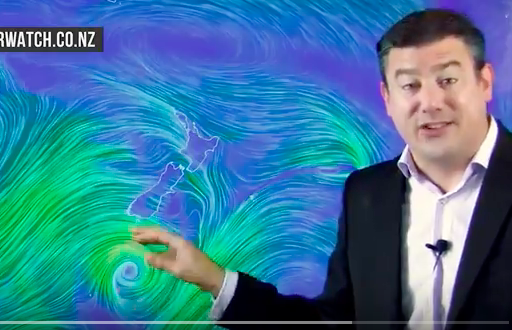 The next several days look unsettled, especially in the South Island with winds swinging from mild west to north west to cooler south west.

A colder change moves over the South Island later today and over Wednesday with the coldest air in the south western corner affecting Southland, Fiordland, Central Otago and the West Coast.

Warmer and drier further north and east. Windy west to south west winds continue off and on through until the weekend when high pressure finally builds.

Next week, at this early stage, is looking much calmer under high pressure.