Weather Video: Warmer than average week for much of New Zealand 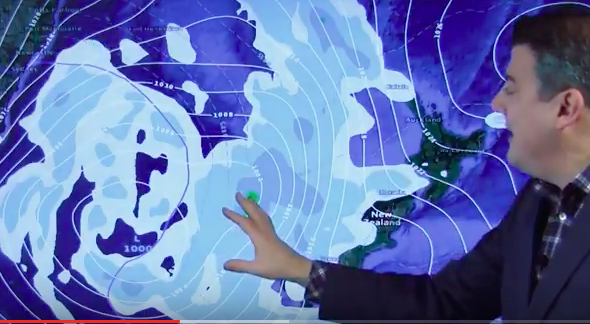 A large low in the Tasman Sea coupled with a large high to our north east are both working to pull down warmer than average air across New Zealand for early August.

Tuesday will be mainly dry in the main centres but rain on the West Coast will set in and spread into the North Island by Wednesday.

Over Wednesday the bulk of the rain will be in the North Island and winds will ease back.

Thursday and Friday sees the large Tasman Sea low move into the North Island and eventually clear to the east.

Throughout this week warmer than average weather looks likely in most places, especially the North Islandâ€™s east coast which could make it into the low 20s a couple of days this week.