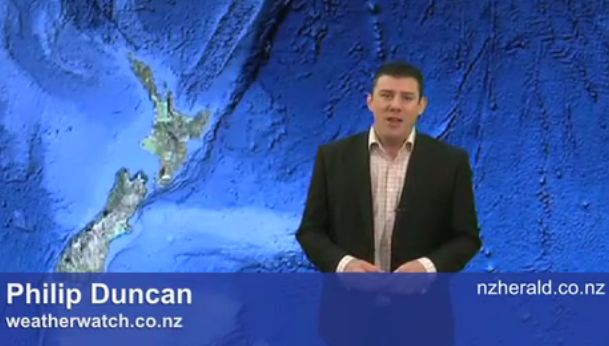 Today’s video covers the large area of low pressure in the Tasman Sea that is set to bring a few wet days to northern New Zealand this week and weekend.  The low is incredibly weak despite its large size so we can expect a mix of sun, rain, showers and dry spells over the next five days.  Nothing too serious either.

Meanwhile we look at a potential cold snap next Monday.  Some forecasters are already predicting snow to low levels but we feel the models are far too inconsistent on this event to make such an early prediction.  Some models are predicting an anticyclone will come in and stop the chance of snow, while one model – a European one called ECMWF – is predicting a very high chance of snow.  We’ll have a better idea in the next 12 to 24 hours but Philip Duncan discusses the current models and how that might affect you next week in today’s new video below.