Weather Video: Sub-tropical low this weekend + another one next weekend 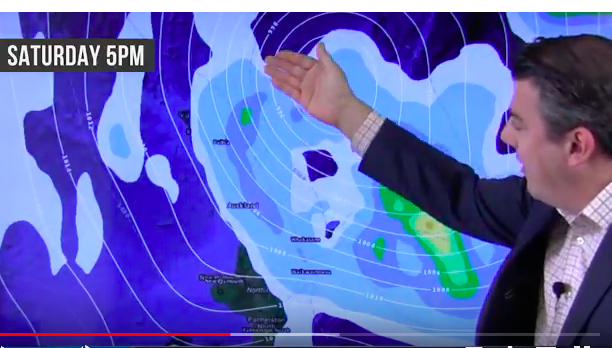 The upper North Island is about to get a visit from the sub-tropics, as a low tracks close by this Saturday bringing heavy rain to the East Cape/Gisborne area and patches of rain elsewhere in the north.

Rainfall totals vary from just 5mm in the west near the Tasman Sea to up to 50mm in the east, around East Cape.

Saturday looks to be the wettest day with Sunday drying up for many – although showers may linger in the south to south east flow as late as Monday for some eastern areas (of both islands).

However next week the weather settles right down for almost everyone from Monday to Friday thanks to an enormous high pressure system.

One week from now we may be repeating our headline that a sub-tropical low is again coming down towards us.

Philip Duncan checks New Zealandâ€™s forecast for this weekend, next week and the following weekend.