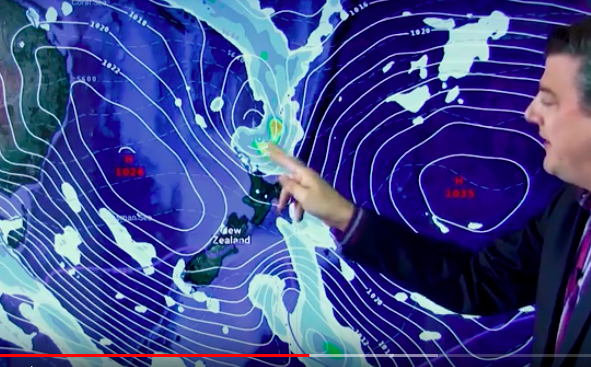 A southerly change in the South Island today will drop temperatures to a few degrees below normal for mid September while at the same time the other two thirds of New Zealand are enjoying warmer than average conditions, some by several degrees above average.

By Tuesday and Wednesday a low will have formed just north of the country and will hug the northern coastlines bringing some rain.

In the lower half of the South Island rain in the mountains and ranges will fall as snow – but it’s short lived, warming up as early as Tuesday and Wednesday.

Later this week another front moves in and we may have a similar set up this weekend with high pressure returning to the South Island while another low tries to form just north of the North Island.