Weather Video: Plenty of moving parts to the weather this weekend & next week 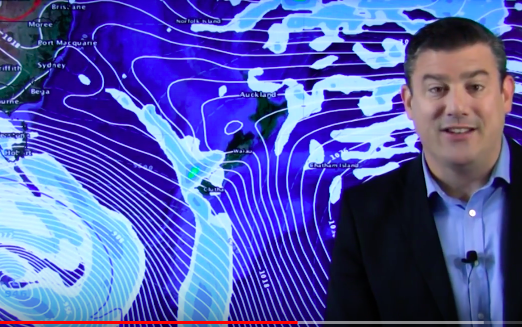 Itâ€™s a busy time weather-wise in the New Zealand area, but despite a lot of moving parts to the weather pattern, the forecast for many areas isnâ€™t too bad.

A large high rolls across the South Island and lower North Island this weekend, and after Fridayâ€™s cold change in the South Island, there may be a few early morning light frosts inland for Saturday, while the North Island deals with more easterlies and a few showers in the north east.

By next week, the norâ€™westers will be picking up over the South Island due to a huge storm in the Southern Ocean, heavy rain on the West Coast, but most other places have a fairly dry week next week.

Easterlies continue in the North Island into early next week too.

**PLEASE NOTE, We have no video on Monday and Tuesday, Phil will be back again on Wednesday**