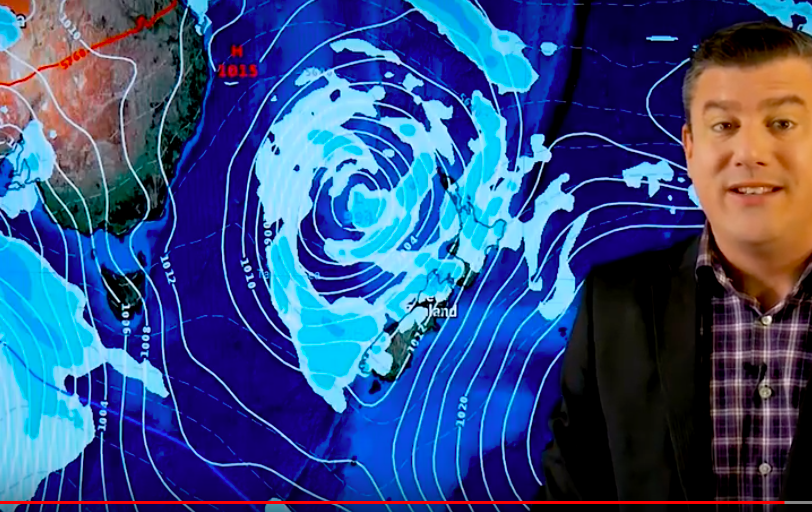 New Zealand is in the midst of dealing with a second large low in just a week and now a third is on the way for this coming weekend, bringing more heavy rain to both main islands.

Over the next couple of days we deal with that second low as it transitions from being over the Tasman Sea to being over the western Pacific Ocean by Tuesday night and properly departs the eastern North Island over Thursday.

More rain is coming for the North Island with heavy falls over the coming 48 hours. Thursday and Friday are transition days with mostly dry, settled, weather.

This weekend another Tasman Sea low moves in bringing more rain to the west and north of both islands with pockets of heavy falls – but also large areas of dry. Yet another messy weekend set up, this time as we officially kick off summer.