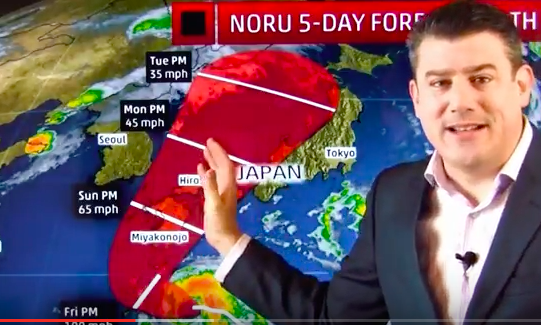 The weather in New Zealand is about to get warmer as Australian and sub-tropical airflows merge and spread across the country,

This warmer north to north west flow kicks off this weekend and increases over Sunday and Monday.

Rain will be mostly focused to the South Islandâ€™s West Coast but may extend into central New Zealand and some western areas of the North Island at times too.

It will make for especially mild weather in the east and north of New Zealand.

By Tuesday a colder change is likely around the lower South Island.

Weâ€™re also tracking Typhoon Noru as it closes in on Japan and potentially South Korea.