Home > News > Weather Video: NZ about to swing back to...

Weather Video: NZ about to swing back to westerly winds for the next several days 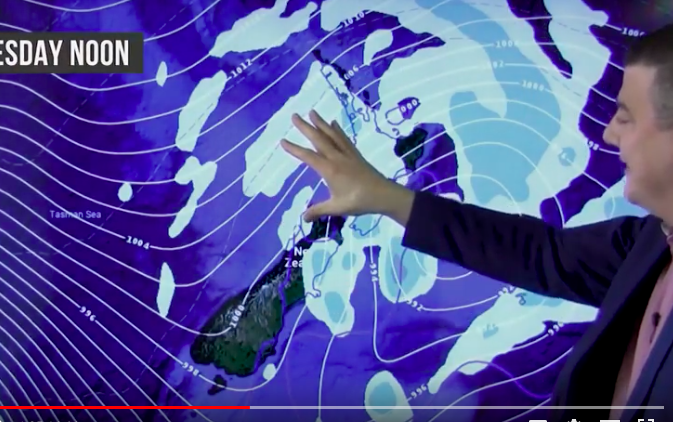 Monday kicks off with a northerly flow but a cold front crosses New Zealand Monday night and Tuesday morning with a cooler, windier, west to southwest flow on Tuesday nationwide.

The west to souâ€™west flow continues on Wednesday but by Thursday winds tilt milder norâ€™west ahead of another cold front.

As we head into the weekend it looks like more westerlies, which encourages wetter than usual weather on the West Coast, showers for the North Islandâ€™s western coastline and mainly dry conditions in the east of both islands.