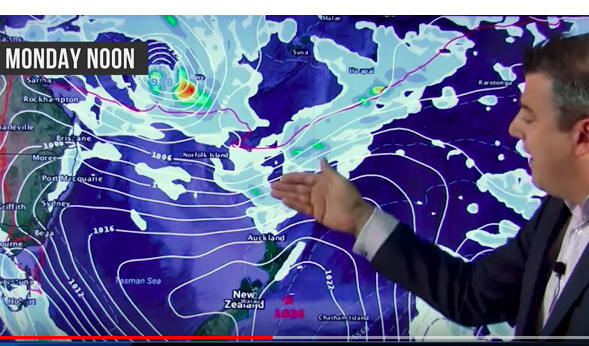 We have a lot of weather packed into the next week with temperatures lifting into the mid to late 30s by early next week in the South Island, more isolated thunderstorms and downpours until this Sunday and then next week all eyes turn to our north west as a deep tropical low (potentially a tropical cyclone for a time) comes our way.

The low may also combine with king tides and could see more coastal flooding. It may also bring a lot of humidity and rain to parts of New Zealand and is definitely â€˜one to watchâ€™. In saying that there is still a LOT of uncertainty about specifically where the heaviest rain will be and when it will peak. The general message is that towards the end of next week there could be tropical humid weather around. For many other areas it will just be humid and a bit wet later next week.

Before that low, a brief heatwave hits the South Island pushing temperatures into the mid to late 30s.

Monday is *Auckland Anniversary (and Nelson) and means half of the country will have the day off – the weather looks mostly dry but a few showers are possible in the north.

*As a result of Auckland Anniversary weekend weâ€™ll have no weather video on Monday Jan 29th.