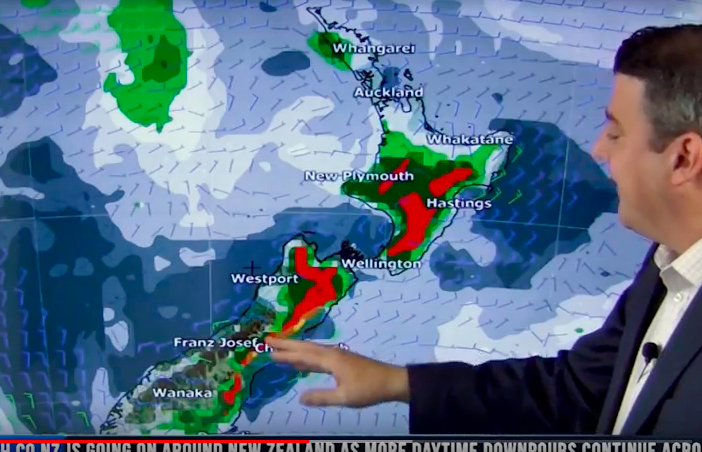 We explain just what is going on around New Zealand as more daytime downpours continue across inland parts of both islands for Tuesday, Wednesday and Thursday.

With these deluges comes the risks of severe isolated thunderstorms, hail and flash flooding.

The rain is mainly inland and forming late morning and early to mid afternoons, before easing into the evenings with those nearest the mountains and ranges most at risk.

This set up is due to an enormous block of high pressure well to the east of New Zealand and it remains until next week, although the downpours do look as though they will ease and dry up a lot around the South Island by Friday or the weekend as a heat wave in Central Otago continues to push temperatures up to 30 degrees, over 8 degrees above average and the second hot week in a row for the area.

We track the daily downpours – starting from today, Tuesday until the weekend…

At last a thunderstorm from this system going off to the west of Geraldine.