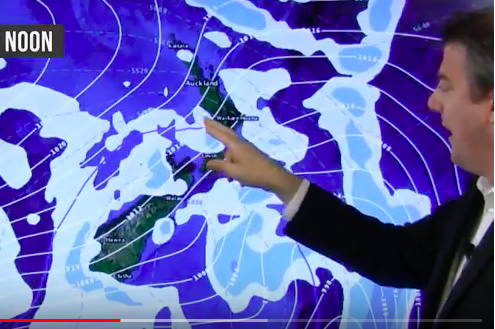 A typical Autumn week this week with winds mostly coming from the westerly quarter but turning more southerly a couple of times and dropping temperatures – especially for the South Island.

The first cold snap – and the biggest of the week – arrives on Tuesday night and across Wednesday spreading as far north as the central North Island before retreating back to the Southern Ocean by Thursday.

On Friday another, smaller, surge of colder air enters the South Island.

High pressure builds into the weekend. Driest and warmest this week will be the east and north of the North Island.