Weather Video: Low to linger for days bringing a lot of cloud to NZ 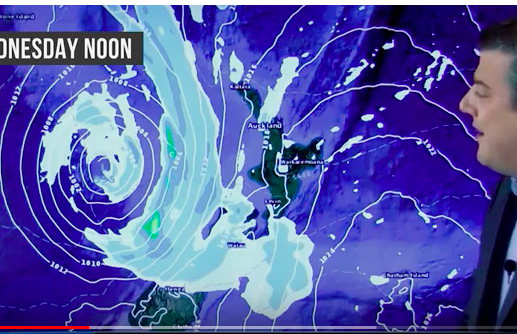 A low has developed just west of New Zealand and itâ€™s not going anywhere fast, with some forecasts suggesting it will stall and remain just offshore until this Sunday.

The forecast is one of plenty of cloud and north to north east winds bringing some showers, drizzle and areas of patchy rain.

While the bulk of the rain is out at sea we do expect it to brush the country, mainly the north western corners of both islands.

Generally speaking rainfall totals wonâ€™t be too high but some places may have higher totals if a slow line of downpours comes in.