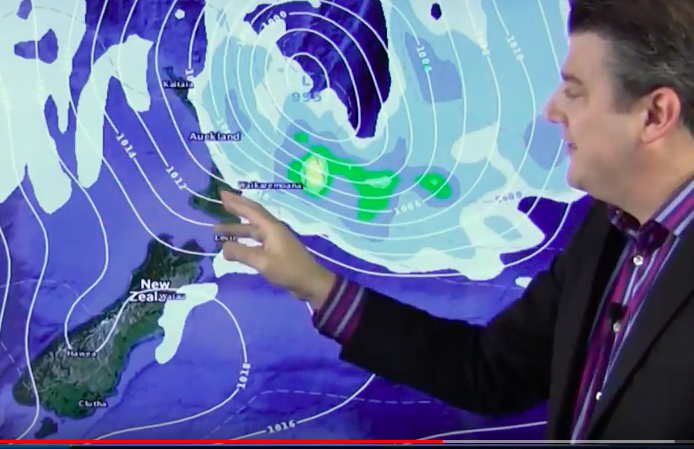 A sizeable low pressure system from the sub-tropics is moving in this weekend and with it comes a chance of weather warnings. While the bulk of the wind and rain looks likely to be out at sea there is a significant chance that eastern regions like Gisborne and Hawkeâ€™s Bay, and potentially other regions nearby, may have rain or wind warnings issued. For the most part WeatherWatch.co.nz thinks the low will graze the north eastern North Island with little rain, if any, falling as far west as the Tasman Sea coastline. One to keep an eye on and be up to date on any possible warnings.

Before the sub-tropical low comes by on Saturday there will be another cooler southerly change in the South Island bringing a few showers on Friday and another (lighter) dusting of snow on the ranges.

By Sunday the country will be under a south to south east wind flow for the most part, with showers mainly in the east of the North Island.

By Monday showers may remain in the North Islandâ€™s east while a giant high pressure system from Australia moves into the South Island. This high may well last for much of next week over New Zealand.