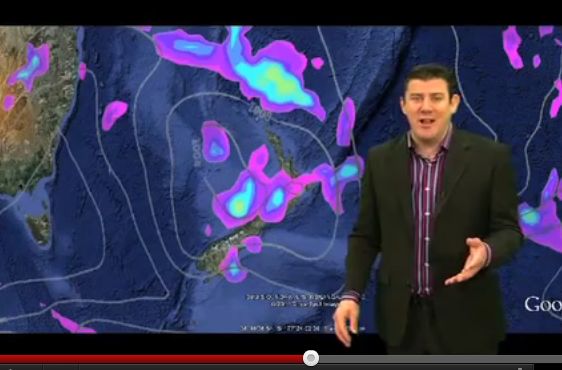 Weatherwatch.co.nz weather analyst Philip Duncan explains the dry spring for many regions is starting to give way to La Nina rain, cloud, humidity and easterlies.

The forecast for this week shows plenty of humid air over the country with a low in the Tasman crossing central NZ on Tuesday bringing more showers then a cooler south to south west change – dropping that humidity for a day or two.

Remaining showers in the east will clear on Wednesday with a large high moving in by Thursday and lasting until next Monday.

On the northern side of that high will again be easterlies feeding into the upper North Island.  A few heavy inland showers may pop up in similar places to last week during the afternoons.

Next big wet event looks likely to be next Tuesday or Wednesday with a similar set up to Sunday’s downpour and humid conditions as a front joins up with sub-tropical air and pulls it down over northern and western areas of both islands – with some spillover into the east likely too.

Come on Phil, rain and humidity? Stop the north island bias please..south island has none of it lol