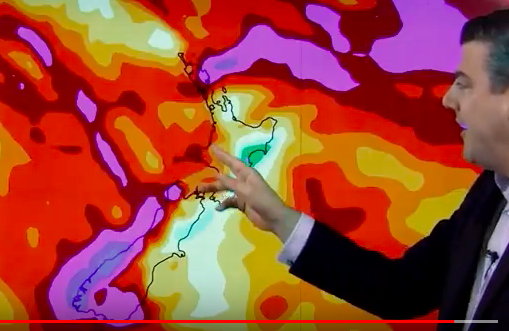 Rain and gloomy conditions will finally clear the north of NZ today with high pressure building for Friday and Saturday in many areas.

But the centre of the high is way over in Australia so expect a few showers this weekend with rain on Sunday returning to the West Coast and snow developing in the mountains.

Also on Sunday will be a windier change with westerlies (mild in the north of the country) turning colder souâ€™west later in the South Island bringing snow. It may get even colder on Tuesday nationwide. High pressure looks to move in after that, around mid week.