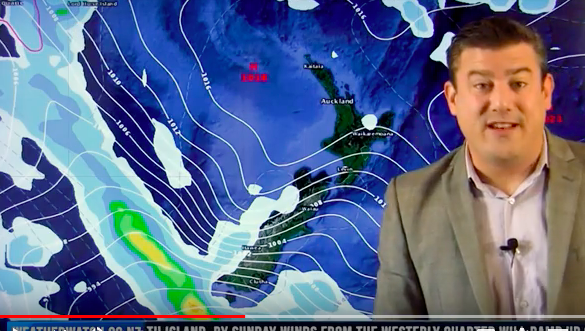 The weather pattern is a bit up and down following Gita with a large high rolling in this weekend but not lasting long for the South Island.

By Sunday winds from the westerly quarter will ramp up over the South Island with gales in the mountains and exposed areas.

It will be dry in the east with the North Islandâ€™s east pushing into the low 30s. On Monday the low smothers the South Island but high pressure holds on to the North Island bringing more humid conditions again.

Then on Tuesday a cold front crosses the South Island with a large high pressure system coming in behind it. Long range into March we see the Southern Ocean looking more Autumn-like with increasing storms well south of New Zealand but at the same time the tropics are waking up a bit again too next month.