Weather Video: High pressure dominates all this week but daily dose of downpours too 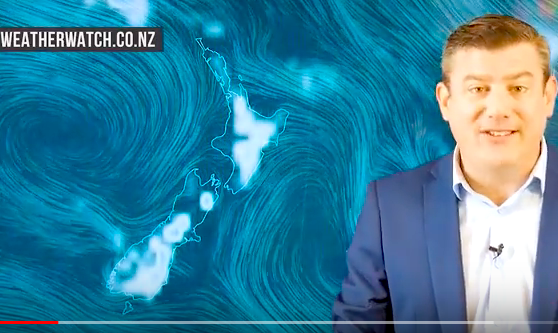 We have a surge of high pressure this week and it gets bigger as the week goes on – but despite that we also have a daily dose of afternoon downpours, some quite heavy.

The overall trend is for mostly dry this week but the afternoon cloud build ups will produce some localised heavy downpours. Around late week a weak cold front moves into the lower South Island with some rain and a temperature drop – but it looks unlikely to head further north than the half way mark of the South Island.

High pressure looks mostly dominant this weekend too – but again we see some isolated downpours or showers.