Weather Video: Front for the South Island today then lingering for the next 3 days over the North Island 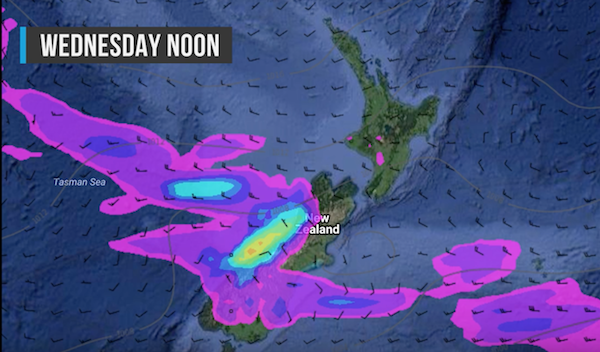 A front pushes northwards over the South Island during today bringing rain to most regions for a time, possibly heavy along the West Coast, fresh westerlies cover the North Island.

This front moves onto the North Island on Thursday in a weakened state and stays put on Friday while the South Island is looking a bit more settled.

Saturday sees this front start to slink southwards over the North Island during the day while itâ€™s still mainly settled for the South Island, just some rain for the upper South Island later in the day.