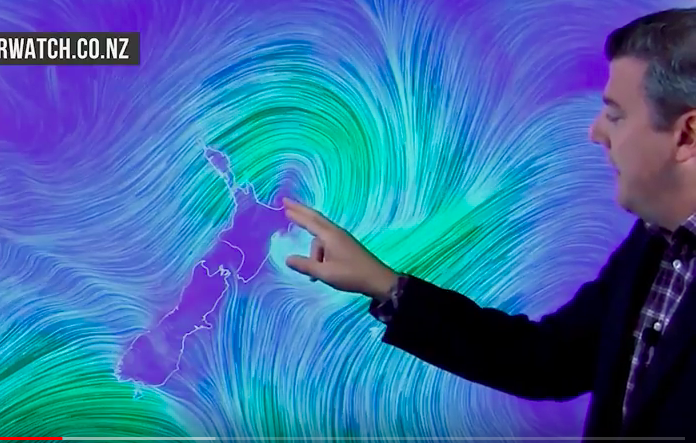 Ex tropical cyclone Hola will later today and tonight/overnight brush the upper and eastern half of the North Island bringing a burst of wind and rain.

The worst of the storm appears to be out at sea but enough energy will brush NZ to bring severe weather in pockets. We track Holaâ€™s path across Monday PM and Tuesday, then we focus on the rest of the working week with high pressure rolling in.

However weâ€™re monitoring two other storm systems later this week – hopefully neither will directly impact NZ. One is a storm in the Southern Ocean and the other is a small but potential tropical cyclone in the Coral Sea area east of Queensland. Neither are currently forecast to directly hit NZ but they might still affect our weather around Friday especially.