Home > News > Weather Video: Detailed update on the in...

Weather Video: Detailed update on the incoming ‘hit and miss’ rain needed by many 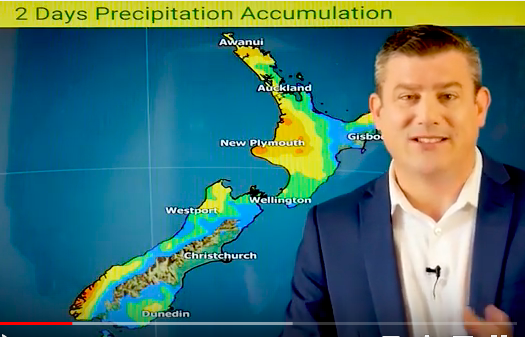 Rain is in the forecast but as WeatherWatch.co.nz continues to repeat it is a bit â€œhit and missâ€ meaning we need more than one day of rain to help out the many regions that are now drier than average.

The positive is that some downpours will be heavy and soaking with totals anywhere between just a couple of mms (not soaking) to 25 to 30mm (soaking). The other positive is that this is part two of a three part rain event. The first wave of precipitation came on Thursday over parts of the South Island and lower North Island. The second wave arrives in the western and upper North Island on Saturday PM. The third wave arrives Mon/Tues and may bring in even more rain to the North Island from the S to SE.

This set up may be frustrating for those desperate for rain – but hopefully the different surges of wet weather coming in from different angles will help a number of people however totals may not be overly high and in some parts of both islands (but especially the eastern half of the South Island) may still be drier than average in the week ahead.