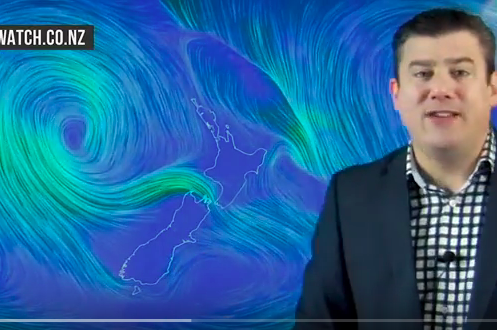 Monday and Tuesday this week will both be well above average temperature wise in a number of regions across New Zealand but by Wednesday a low that has been in the Tasman Sea for a week finally crosses the country and brings a colder change.

For the rest of the working week the bulk of this colder air will remain in the lower half of the South Island but into the weekend and one week from now we may be seeing even colder south to south west changes spreading into both islands.

Rainwise and this week starts off fairly dry but that low in the Tasman Sea will bring some western and central rain later on Tuesday and a bit more nationwide on Wednesday.