Weather Video: Calm in the SI, windy &/or wet in the NI – next week it may repeat 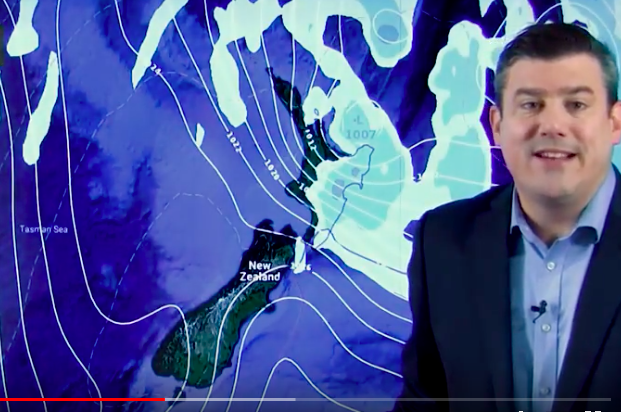 A very windy souâ€™easter is howling through Cook Strait and buffeting some regions in the lower North Island while heavy rain continues to fall over the eastern North Island with a few showers escaping over the ranges and into regions further north like Waikato, BOP and even Auckland (although mostly just drizzly stuff there).

The South Island remains mostly sunny and settled with frosts for some, but a touch of wind and cloud in the north thanks to the North Island set up.

This weekend the weather does improve for the North Island – but itâ€™s short lived. By Monday, Tuesday and Wednesday next week another low will impact northern NZ and again heavy rain could return to the eastern North Island along with a repeat of the strong SE set up. Hopefully much shorted lived than this weekâ€™s low.