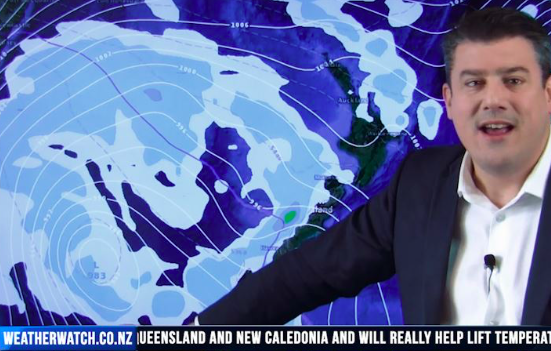 We have warm sub-tropical norâ€™westers returning to parts of the country today and Thursday and mild still on Friday. The air flow initially is coming from around Queensland and New Caledonia and will really help lift temperatures in eastern areas.

Thereâ€™s a chance weâ€™ll see both wind and rain warnings over the next few days as this system rolls in slowly across the weekend.

There will also be a cooler change for the lower half or third of the South Island with single digit highs for a time this week – but remaining mostly mild in the north.

Meanwhile Philip Duncan discusses the latest climate forecast for the rest of 2017 just issued by scientists at Australiaâ€™s true public forecaster (BoM) yesterday – in a nut shell, donâ€™t expect this current pattern to change this year.