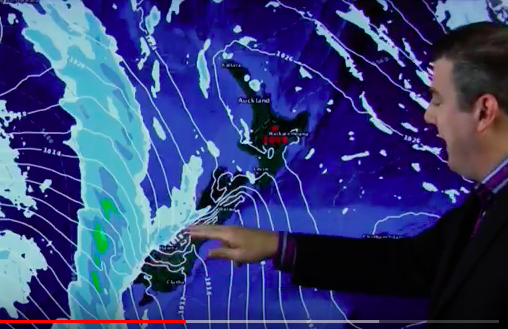 The next few days will be calm, mainly dry and quite sunny across New Zealand thanks to a large high-pressure system moving in today and not leaving until about Saturday.

The high will eventually be pushed north of New Zealand by Sunday allowing a couple of cold fronts and some windier westerlies to come in.

The first cold front reaches the South Island on Saturday with rain on the West Coast and windy conditions through the mountains. On Sunday that same front – in a much weaker state – moves into the North Island bringing showers and patchy rain to the west and north.

Next week sees plenty of westerlies bringing dry weather to many regions – but a sub-tropical rainmaker may be approaching the following weekend.