Weather Video: A wintry few days ahead then spring warmth for the weekend! 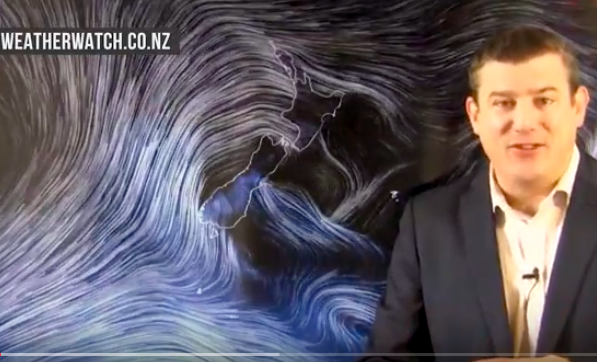 A large low in the Southern Ocean is dredging up very cold air from Antarctica and sending into the lower half of the South Island over the next few days while windier, colder, weather moves into the North Island by Tuesday.

Warmest and driest will be the eastern side of the North Island but even a cool down is coming for them as the nationwide south to south west change sweeps over New Zealand.

Snow will be heavy through the Southern Alps and the Central North Island mountains and may impact state highways.

There is positive news. Despite the miserable weather for newborn livestock this week in exposed places by this weekend a mild norâ€™wester with sub-tropical and/or Australian connections will be moving in pushing temperatures above normal in most places.